The 3 ingredients in the title are needed to accomplish anything.

I sometimes lie in bed in the morning and begin to think about what I want, or need to do, on a given day. At some point I’m finally inspired to get up and get things going. I’m either INSPIRED or MOTIVATED with fear. I don’t wanna miss out or be late!

My ENERGY and intentions have me living the life that I do and chasing after those dreams that inspire me. I take full advantage of my Celebrity status wherever I can and yet I’m fully aware that I’m the same kid that dropped out of High school in the 11th grade because I was simply more interested in smoking weed and hanging out than I was in academia. Today I intentionally live my life in a way that pleases and inspires me. It seems foolish to do anything but this! Being clean and sober was the best choice I could make 22 years ago.

My ENERGY and INTENTION are the fuels that keep me going. My FAITH, coupled with the conscious action I put towards making my dreams come true, helps me execute my wants around my business, and the whole of my life.

The concept of ENERGY is used everywhere around us, but what is energy?

The dictionary definition of the word states as such:

: The ability to be active
: The physical or mental strength that allows you to do things
: Natural enthusiasm and effort
: Usable power that comes from heat, electricity, etc.

So it seems that energy is any number of things, but they all come from the state of being alive, able, and capable… which is what we all are.

When you’re dead. You’ll lack any energy or capability.

: That thing you plan to do or achieve
: An aim or purpose

Bear with me for a moment and assume that you’re just like me; a regular person that lives, breathes, and goes about your day doing things that you either need, want, or have to do. Have you ever noticed how different tasks during your day affect you emotionally?

This is true for EVERYONE.

I have things that I’m inspired to do that come from something I might have imagined, or something that someone else has collaborated with me around and we’ve decided we’re going to make it happen. My energy and intention around this event might range from, “I’m super excited and can’t wait to get started with things!” OR “I know that things need to get done but I lack the urgency or desire to get them going right now”. I choose to focus daily on staying inspired. 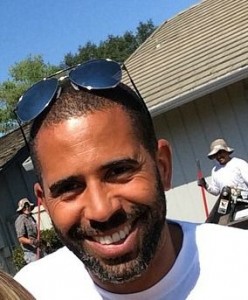 Here’s to a beautiful day!

I’m best known for my television work on HGTV and DIY Networks Yard Crashers. This is a show that came into existence because of my passion and love for landscaping. The show was developed by me, a few producers at a very small production company, and Scripps Networks. We developed a show that was based around me, playing myself, on television. At the time of the shows creation, I was merely a landscape gardener. I wasn’t yet a licensed contractor. I became one because the network wanted to feature me as such, and I had already intended on becoming one because I wanted to grow my vision for Ahmad Hassan Landscape Services. However, I lacked the money and was already over booked with local work through my word of mouth network.

DIY paid for the cost involved with me obtaining my license. I took the classes, passed the contractors exam, and to date, I am still a licensed, bonded and insured C-27 (California Landscape Contractor). Sacramento never had it so good! I have been learning and working in landscaping most of my life. My bio says since the age of 10 because that’s when I recall having the drive and ambition.

While landscaping isn’t all that I do, it’s what I call my occupation and what people mostly know me for. I was featured on HGTV’s “Landscape Smart” shows dating back to 1999. I didn’t start hosting until 2007 for DIY Network. As a kid I always imagined myself as someone that would be in the limelight. I sang choir and did a little acting in junior high and always enjoyed entertaining, teaching and leading.

As a host for a landscape and gardening show I believe I’m unparalleled due to the energy and excitement I have around the Green Industry. When you’re interested in something, it’s amazing how much you’ll commit to learning, exploring, and becoming the best at it. When Yard Crashers first came out it was a dynamic television show. My energy mixed with my creative team of professionals, artists, and contractors; our real world approach to making Outdoor Living spaces,it was all something that hadn’t yet been featured on television. Not like this at least.

As each season was produced, I evolved. As a professional, I became interested in making more of an impact with what I taught and the messages I sent out to folks. I eventually out grew it and became bored with the format of my own show. Folks began recognizing me everywhere and that too changed the dynamic of the show.

: always active or changing
: having or showing a lot of energy
: of or relating to energy, motion, or physical force 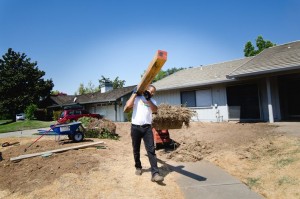 Whatever you do in this life remember… results require action!

As a result of my becoming complacent with producing the same formatted show again and again for television; many of my fans are beginning to see why the man that they first became interested in on TV is no longer there. I get bored easily and have to switch things up here and there. While TV evolves as an industry, a particular show doesn’t typically allow for evolution to happen within a formatted program. Yard Crashers had awesome appeal and was real when it began. What it evolved into was a tightly formatted television program that no longer held my interest.

In 2015 I intend to return to television. That is to say that my Energy, Intention and my entire life’s work will be focused on bringing this idea, and plan, into existence.

When you have dynamic energy like I have you’ve gotta simply support your thoughts and ideas with one key ingredient in order to make life happen. You’ve gotta take ACTION. Even if you don’t know how or know where to start.

All of us started life in the same way. We had no clue or idea. We grew up and we acquired all of what we needed to get us right here. If we want to go further, we must focus on what it is that we want. We must set our intention; focus, manage, and maintain our energy and momentum; and apply the action that’s required on a daily basis to bring our life’s desire into reality. Sure it’ll be a challenge. All of life is!

Religious people say just pray on it. Others say to meditate. Then there are those that subscribe to the law of attraction and understand that it’s merely your energy, intention, and action bringing all of what you focus on into reality. You decide which concept works best for you but at some point you’ve got to DO. Take action and make things happen. As you believe, so shall you receive.